Events Held in Collaboration with Private Sector and Municipal Bodies 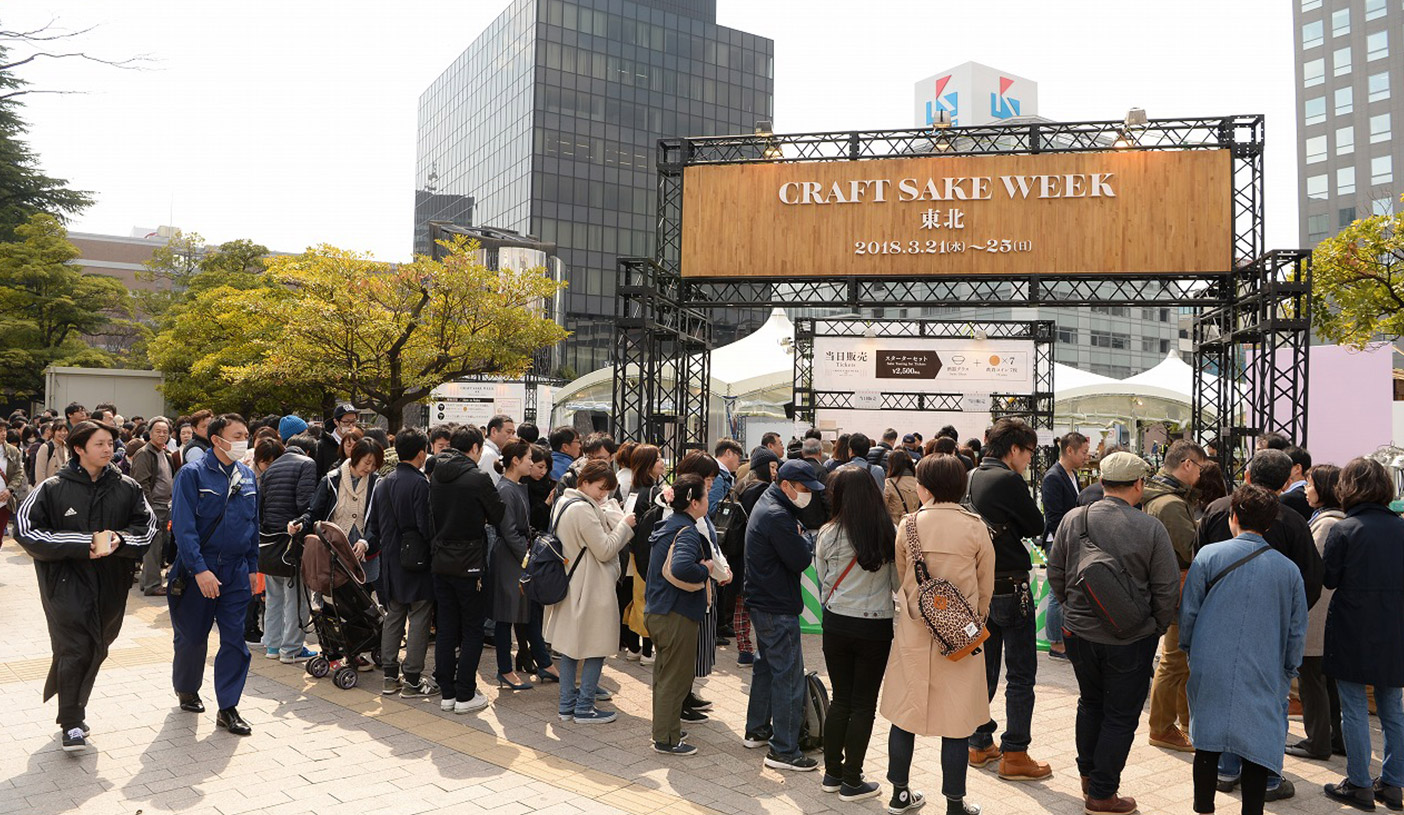 Japan Craft Sake Company produces everything from events for the public that attract over a hundred thousands of attendees, to intimate invitation-only dinners, to festivals held around Japan to promote the culture of sake.

The first Craft Sake Week ever hosted outside of Roppongi Hills was held in the plaza of JR Hakata Station, in March of 2017. For six days, the sake and shochu of sixty breweries around Japan were presented alongside gourmet cuisine from six premium restaurants.
Craft Sake Week in Hakata

This event was held in December of 2017 as a special one-day event forming a larger part of the Fukushima Exchange Festa. Sake from twenty-one of the best breweries in Fukushima Prefecture were brought together under one roof to promote the message that Fukushima’s economy is on the rebound.
Craft Sake Day Fukushima

In March of 2018, we partnered with JR East’s “Let’s Go to Tohoku: Special Winter Reward” promotional campaign to host an event in Sendai, Miyagi Prefecture. Fifty breweries and five gourmet restaurants from the six prefectures throughout the Tohoku region were in attendance for a five-day event that attracted over 50,000 guests.
Craft Sake Week Tohoku

In October of 2018, Shukiya, our exclusive sakeware shop, appeared as a pop-up store at an instore event at that featured the best sake from throughout Japan. We also sold special sake infused sweets along with unique sakeware.

We assist in the selection of sake, food pairings, and vessels tailored to the theme of a particular event, such as parties by leading global brands and executive events by Japanese and international firms.